40 e-Rozgaar centers are planned to be initiated throughout the province of Punjab. The 5th e-Rozgaar center out of the 40 has been opened on 22nd of June, 2017 in COMSATS, Sahiwal. The center was officially launched by Chairman PITB, Dr. Umar Saif and was warmly welcomed by Dr. Saleem Farooq Shaukat, Director COMSATS Sahiwal Campus. Chief Minister’s e-Rozgaar center is a joint project of the Punjab Information Technology Board (PITB) and Youth Affairs, Sports, Archeology & Tourism (YASAT)’s joint project. The idea behind these centers is to provide free training to the selected candidates throughout the province of the Punjab. The estimated cost will be of Rs. 547 million in eleven universities of the province. 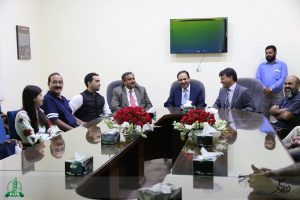 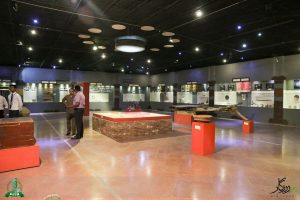 Although Pakistan’s population has 60% of young adults under the age of 35, yet many of them are unemployed even after getting their degrees. 250,000 graduates pass out every year while only 50,000 job opportunities are created. It’s an economic crisis the country is facing. In this turmoil, e-Rozgaar centers are giving these people a chance to monetize their education on internet by working for various websites around the globe, which is now a trillion dollar economy. Sahiwal center is the fifth center in Punjab to be launched in the last month.

“You are an asset to this country, all you have to do is believe in yourself and take this opportunity to monetize your skills.”

So far the following centers have been established under CM e-Rozgaar Program; centers at University of Gujrat, Government College Women University Faisalabad and UET, Taxila have been successfully launched by PITB. These centers are active and classes have begun. 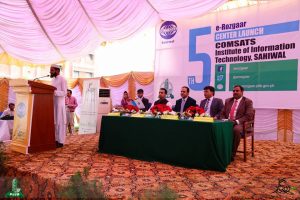 A massive number of 33105 applications were registered by PITB from the young graduates on the basis of merit. The selected candidates will be given three months training in three phases for freelance self-employment. The three phases are: technical, non-technical and creative design. Out of 40 centers, 5 centers are dedicated exclusively for female candidates.

The centers work by first selection of the candidates. In the first phase 10,000 candidates selected on merit through a transparent process. In the second phase will be training in three different batches during the current year. These centers are being established in eleven (11) universities of the Punjab. 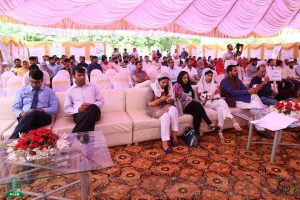 e-Rozgaar centers play a vital role in causing awareness. The concept of earning thorugh the internet and freelancing is fairly new to the people in small cities of Punjab. Therefore, it is neglected as a serious profession. The Program has taken upon itself to guide and groom graduates from a variety of backgrounds. The training will enable the youth to generate income approximately from Rs. 40,000 to Rs. 80,000 per month while working from home.

The more centers are established, the more opportunities they will create for the youth to get on their feet.