I’d like to start this series of early days during my time spent at a leading blog in Pakistan focusing on tech. I wrote a bunch of stories that never made it to being published, due to my commitments running my own startup in the healthcare space. Also another reason had to do with startups not being “all that” back in that time – all publications would pass on my stories that I would create on stakeholders in the ecosystem

The first one in this installment of #EarlyDays centers around Jehan Ara, known colloquially as “Big Bird” around the startup circles. At the time she was the President of the Pakistan Software Houses Association (P@SHA) and Nest/IO.

I was visiting Karachi for a work trip and took the time out to visit her facility. It was a completely different experience from the incubation and acceleration centers I experienced in Lahore, and I got to interview a visionary like no other who’s touched so many lives and inspired others to follow their dreams and benefit the entire ecosystem as a whole.

Without further ado, this is how the interview went. 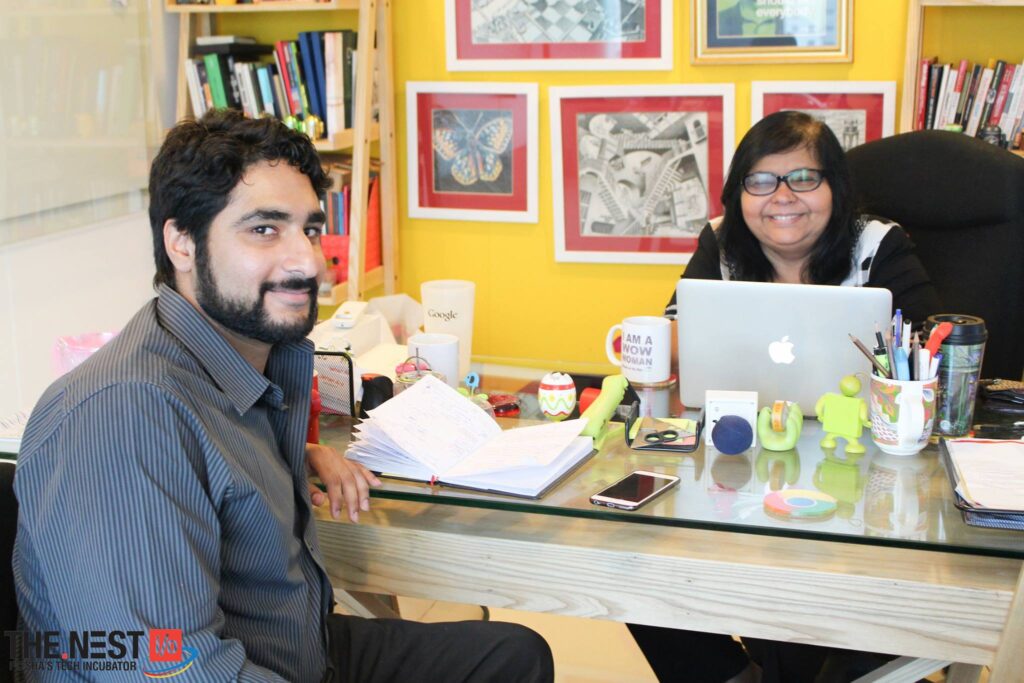 1. Where are you form, and where were you educated? What important skills did you learn during your schooling? Describe your trials and tribulations before embarking on a successful career in IT in Pakistan.

I was born in Karachi, but moved to Hong Kong with my family when I was very young. I have 3 brothers and 1 sister, and was always encouraged by my parents to consider a career in a field I was passionate about.

In terms of my schooling, I’d say it didn’t even hold a candle, in terms of having an impact on my career, to what my parents taught me in my youth. My parents were extremely supportive of my life decisions, and were overall very honest and caring people.

I really understood the value of money from them. It all came to light when I bought my first watch after working hard and accumulating my savings for seven years.

The values that were imparted to me by my parents – integrity, honesty, diligence – are values I pass on to my batch at the Nest I/O – an incubator and working space for startups. And you know what?: these values can never be forgotten – and that has made all the difference in the contributions startups have made to the ecosystem in Pakistan

“No act of kindness, no matter how small, is ever wasted” – Aesop

2. Describe the software scene in Karachi

When I was in Karachi in the mid-90’s, I set up my own IT company. The market was ripe, and there wasn’t that much competition. Then, as the years went by, Pakistan saw the emergence of major players in the market: Arbisoft, Sofizar, Ephlux, and Mindstorm studios to say the least. With the emergence of the Internet, other traditional brick-and-mortar companies realized the importance of getting ‘online’. Hence, more software companies emerged to cater to their needs. The software scene is quite highly developed when comparing the ecosystem to what it was 20 years ago – but so much more could be done, if more financial contributions were made in that sector.

When I started my own company, I was completely clueless. I didn’t know how to grow it, because I had:

Through experience, I managed to obtain all three missing factors and grew my company. I was genuinely interested in learning about other startups who experienced the same struggles as I did, and hence decided to start the NEST, an incubator and working space for ideas that can be brought to life.

And, the amazing part is, others in my have recognized the value in networking, mentorship, and resource-extrapolation. Jawwad Farid – Alchemy Technologies – notably quoted, “Maybe startups end up making a lot of money and give back a lot to the community. However, Jehan Ara gets joy from so much confidence exhausted from Nest Graduates in all areas of their work – be it pitching to investors, conducting projects, or guiding their team members”.

Amazingly enough, the IT sector has seen quite a bit of growth over the years as well. Systems Limited had their IPO in December 2014, and Yusuf Jan recently sold his IT Company. I can definitely foresee more similar headline news in the near future 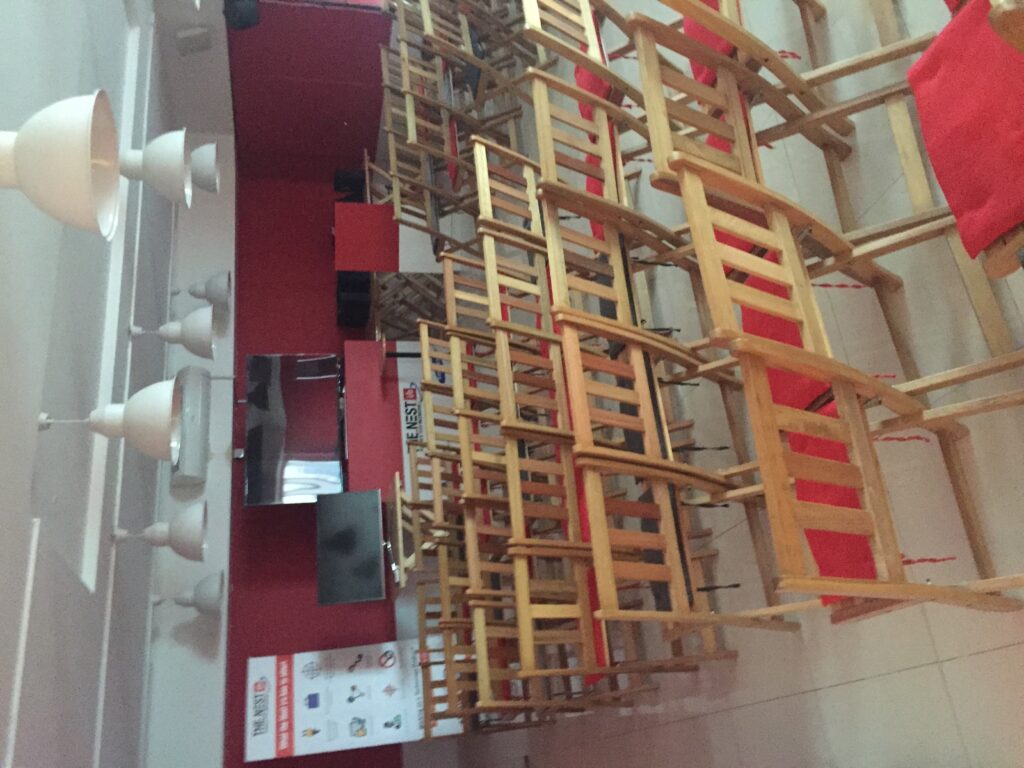 4. What are some of P@SHA’s most notable achievements?

As head of P@SHA, I was delegated the responsibility of growing the IT sector in Pakistan. Logically, P@SHA’s ICT Awards was a great first step. Later, P@SHA’s Launchpad ensued. However, something was amiss – a proper working space for those who can start their own IT companies before they can sustainably grow. Come to think of it, one doesn’t require that much to start a small scale software related company

After this, we started holding focused group meetings around all cities around Pakistan, and started realizing a universal qualm of those willing to start IT companies: they simply didn’t have the money to do so. They also mentioned other limitations in their quests to become IT entrepeneurs:

I then decided to start the NEST I/O incubator, in collaboration with Google and Samsung, to help facilitate the needs of Pakistan’s prospective startup entrepreneurs. Incubators, though, require a lot of passion and commitment. However, I have no regrets, and have been blessed with a plethora of hungry entrepreneurs willing to learn as much as possible, so they can bring their ideas from the drawing board to the real world – virtual or physical

6. Describe your finest hour of mentorship.

There was an individual by the name of Farhan Masood (Solo Insights), who was reluctant to attend a P@SHA Launchpad event in 2013. I rang him immediately when word got out of his expected absence, and I asked him what was wrong. He said he had succumbed to a “high fever”, and that even if he were to “make the effort” to attend the event, “he wasn’t going to get anything out of it”. I encouraged him heavily to get off his boots and come show his brass at the event. What then happened was the stuff of legends: He pitched, won Rs. 100,000, and invested the amount in his company in such a wise and calculated manner that he ended up reaping enough profits to open up offices in Chicago, Australia and China.

It is people like Farhan that make my job worthwhile – there truly is hidden greatness within all of us; some of us just have to choose to go that extra step when nothing seems to be going our way.

Lahore is home to Arfa Technology Park, an initiative of the Punjab Information Technology Board (PITB) that seeks to provide startups with resources, mentors, and exposure to international events. Incubators and Accelerators such as Plan 9, Plan X, and the LUMS Centre for Entrepreneurship certainly take the limelight in Lahore as startup development centres. However, UET and FAST also boast reputable startup incubators. What really sets Lahore’s startup scene apart from Karachi though is the vast amount of tech moguls that have returned to Pakistan from the US to offer their mentorship to prospective startups – including Khurram Zafar, Yasser Bashir, and Zafar Khan. The PITB however is focused on developing technology so that it can be used to the government’s advantage – e.g. the initiative made to create a database of registered cars – rather than giving back to the economy or startup ecosystem. 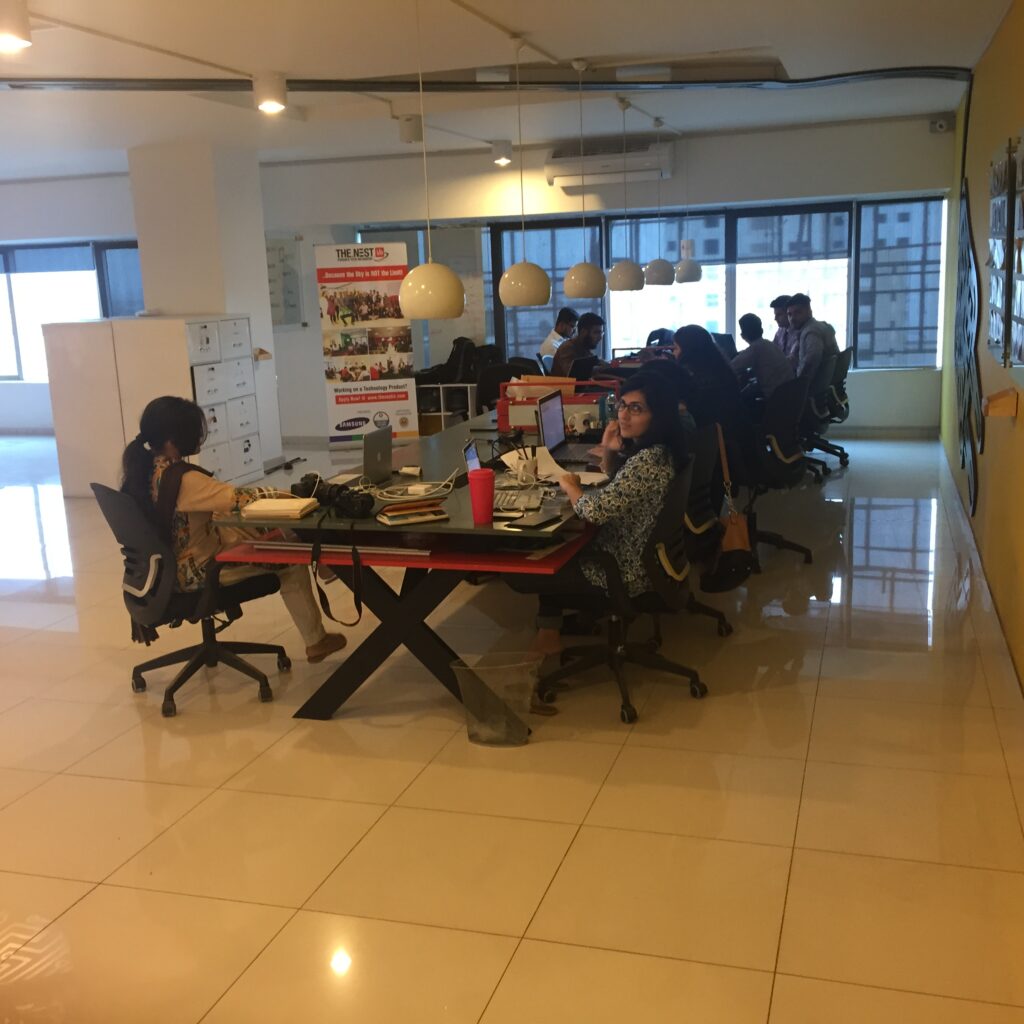 9. What message would you like to give to all startup founders out there?

Don’t be afraid to follow your dreams. Realize that honesty, integrity, and work ethics are values that cannot be compromised in the workplace. Pakistan is an untapped market for IT, but will soon have a booming IT sector that will be invested in heavily by foreign investors. This is a lengthy process though – firstly, and most importantly, security in the country has to improve, and then foreigners have to be educated about the startup ecosystem in the country. Most of all, if all Pakistanis were more punctual and disciplined in their careers, our country would be able to instantly pick itself up from the quagmire it is currently in.

10.  What are some of the biggest inhibitions to the startup industry realizing its full potential in Pakistan

11. What are the top qualities required to running a successful startup?