The following were invited to be guest speakers at the event: 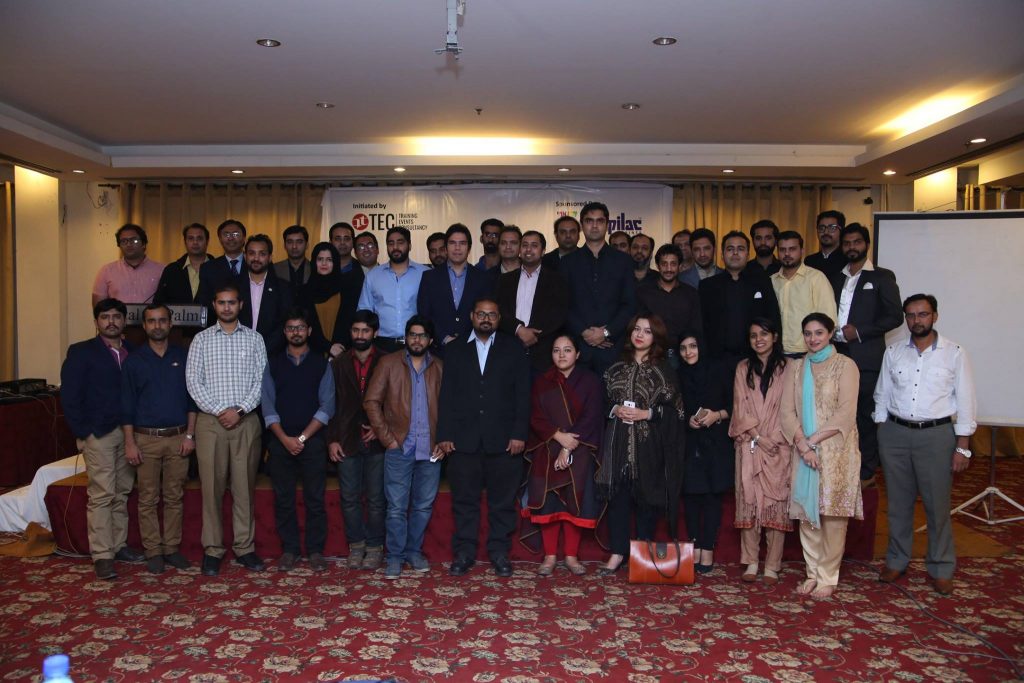 Daniyal, by profession is an Electrical Engineer. He also wears many other hats: entrepreneur, corporate trainer, public speaker, writer, and Radio&TV Anchor.

Originally form Multan, he studied at BZU and later went to Glasgow to pursue his Master’s degree (double Degree in Engineering from University of Strathclyde, and Management from UET Lahore). He also acts as an internationally renowned Radio broadcaster and has conducted shows in Pakistan and Scotland. Besides this, he has been an anchorperson for Pakistan State Television – PTV News – as well as Express News.

He has also been an author of three books and has led a 38-member youth delegation to New Delhi, India, for which he received International recognition at various platforms.

Daniyal touched on many subjects of his speech. He primarily asked the crowd whether or not they wanted to be aspiring entrepreneurs. Unsurprisingly, the majority of attendees said, “YES!”

Daniyal also stated a news story in which the government wanted to regulate the solar industry in Pakistan by offering fixed tenders.

He also delved on the path of a skilled entrepreneur:

He also stressed the need for Pakistan to develop solar energy on a much bigger scale. He stressed the majority of our power was split evenly between oil and hydroelectricity. In other parts of the world, other energy sources are being used. For example, majority of power in India is coal-powered, and in solar has taken huge strides in the states along with other forms of alternative energy.

Zeeshan Anwar is the Country’s Marketing Manager for OLX. Having worked 13 years in marketing (9 of which were for Fortune 500 Global Companies), he decided to move over to OLX for a fresh new challenge. These companies include Cerelac, Lactogen, NAN, PURE LIFE, NESCAFE, AND KFC. He has vast experience in FMCG/OTC/QSR/E-Commerce Portfolios, team management, business planning, P&L, Food-services, advertisement, consumer communication, shopper communication, market share, trade marketing, SOP’s, international marketing, WHO Code Compliance, monetization, and digital marketing

He is also heavily involved with supporting the start-up community of Pakistan.

Zeeshan stressed the importance of branding for starting a company up in an environment like Pakistan. Yes, OLX had been blessed with the advent of television advertisements to spread the word to across to the masses to use their platform, but something else was attributed to their success. This was simply put as the use of a catchy phrase, “Bhej De!”.

Zeeshan also stressed how Daily Active Users for the company is a metric that should be looked as the most important when it comes to luring investment from foreign parties to grow the company.  He also implied that OLX has strict SOP’s developed for posting. He reminisced about a particular user who wanted to sell “scorpions” on the platform, but was subsequently banned.