Universities popping up in different urban centers of the country certainly tell us one thing: the education sector is ripe for investment, and quite a fruitful one too. From digital marketing budgets to teachers salaries to endowments, the private sector is cashing in on providing an education to those in Pakistan. Few, unfortunately, have truly made in impact on the national scale. For what good is education if there is no impact to the future of the country, namely in the spirit of entrepreneurship, which includes:

Keeping true to all of these values has been Dr. Sumaira Rehman, whose official designation is rector of the Superior Group

FreshStart had a chance to talk to Dr. Sumaira about her pursuits as Rector of Superior University to create entrepreneurs from every single discipline that the educational system at Superior has to offer. The discussion, unsurprisingly, turned out to be quite insightful. 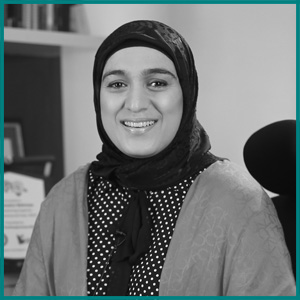 Dr. Sumaira Rehman began by talking about her qualifications as a PhD in Women Entrepreneurship from Middlesex University. Originally coming back to Pakistan to “help the group”, she saw something bigger at stake to take care of – the complete and utter negligence of multidisciplinary entrepreneurship in Pakistani universities. Yes, universities all over Pakistan have notably been associated with starting their own incubators, but entrepreneurship as a discipline was something lacking even at the most notable business schools in the country. She wanted to motivate others and transform the lives of others as well, putting them in a position to make an impact on other peoples’ lives as well

Women are now making their names at the helm of Pakistan’s biggest organizations (e.g. UBL and Karandaaz, for example). Though we’d like to term Dr. Sumaira Rehman as somewhat of an “Iron Lady”, she prefers to call herself a “change catalyst”, and who could disagree. One has to look at the progression of the Superior Group over the years, spawning from mere tuition centres across the city to mini campuses to now a fully fledged campus on Raiwind Road. Now, it’s Superior’s turn to play in the big leagues, thanks to the mentorship of Chaudhry Abdul Rehman

According to Dr. Sumaira, there is a much needed change to the economy of Pakistan that can only take roots in entrepreneurship programs at universities like Superior. “Why should the IT student who spends 400,000 rupees (a king’s ransom to some) be stuck at a low-paying job with very little career progression?” It was through this inquisitiveness that Superior had become, under Dr. Sumaira’s guidance, the 1st university in Pakistan offer multidisciplinary entrepreneurship programs, encompassing but not limited to the following majors:

Each discipline comes equipped with its own incubation center at Superior

But what Dr. Sumaira considers her own magnum opus is the introduction of the Healthcare Entrepreneurship program for Superior’s MBBS degree. She feels that the state of healthcare in Pakistan is abysmal, with issues running in the primary, secondary, and tertiary healthcare systems of Pakistan. The university feels it can make an impact in defining the healthcare landscape of the country through a ‘superior’ education. Superior’s state-of-the-art 500 bed hospital alongside its flagship campus is a testament to just that

Her achievements for Superior University have been as follows

Her goal is simple for the university: to become the 1st leading Entrepreneurial University of Pakistan.

And we at FreshStart wish her all the best!