“When you talk, you are repeating what you already know. When you listen, you might learn something new”

Such was the atmosphere at the Fairways Hall on the 29th of April, 2017 at Royal Palm Country Club, Lahore, for a talk held by TiE. There are a lot of people who claim to be ‘know-it-all’ entrepreneurs who have gotten every aspect of their lives figured out. Condescending by nature, even those select group of entrepreneurs could not deny the prospect of obtaining a wealth of information from one of the country’s most stern and prosperous businessmen, Tariq Sayeed Saigol

TiE opted to host the talk to create an opportunity for thought leaders, business professionals, industry innovators, renowned academics, promising startups and eclectic entrepreneurs to convene and gain practical knowledge and networking experience through such exposure. Startups, specifically, had much to gain from this talk; by linking up with industry leaders and feeding off the energy of other startups present, they could enhance their reach and run their business plans by the relevant people. 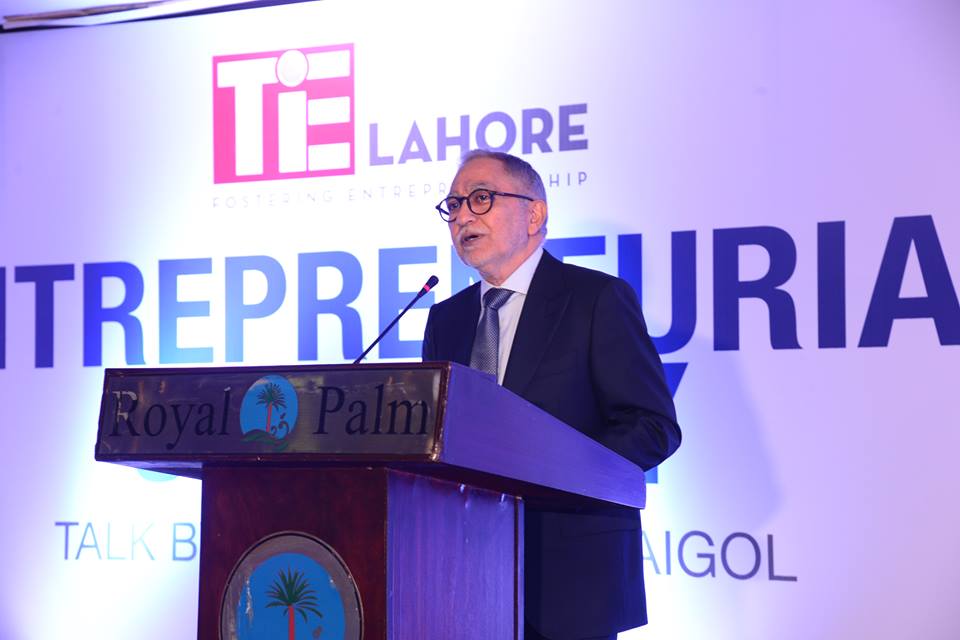 Tariq Saigol, a highly accomplished businessman and the current CEO of Kohinoor Maple Leaf Group, was the keynote speaker for the event. Saigol is a graduate of Government College Lahore and has a degree in Law from University Law College. He takes keen interest in the development of education in Pakistan and holds various positions at prestigious educational institutes like Lahore University of Management Sciences (LUMS) and Aitchison College. His experience and expertise, which he narrated via the talk, provided insightful and valuable knowledge to the audience.

Saigol talked about various aspects of life, from the good, the bad, and the ugly. Nationalization was a very tough time for all Pakistanis, namely the Saigols, who had to give up some of their assets. One such example was Ittehad Chemicals at Kala Shah Kaku. Tariq, when he came in to the family business, was assured that he would not be treated as a ‘seth’, as is the norm with newly inducted family members in family businesses. His GM, of ICI fame, would urge him to come on time every day by issuing notices on his late behavior. He then became well known for his magnum opus in Maple Leaf Cement – his son Sayeed serves as Chairman of the All Pakistan Cement Manufacturers Assocation. From being able to produce a mere 1.8 million tonnes capacity in the start, it can now produce around 13 million tonnes in capacity.

But, leading the life of a businessman is very stressful. Tariq had his first episode at the age of 43, and since then has decided to ‘take things easy’ after this wake up call. As he talked more about his experiences, the audience glared with amazement at the life of such an amazing man. Additionally, his efforts as a businessman have won plaudits at the Lahore Chamber of Commerce and Industry – to date, he is the only president in its history to serve two terms. 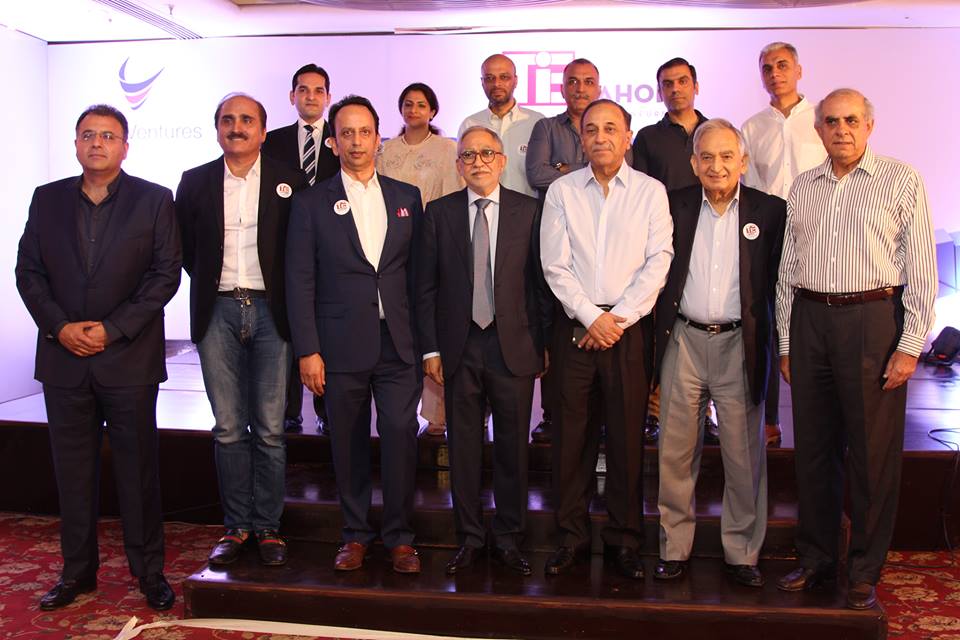 Sidra Ahmed, Marketing Manager at Kohinoor Maple Leaf Group, moderated the event. She holds a master’s degree in English from Kinnaird College and a master’s degree in Business Administration from LUMS. Previously, she has worked as a creative manager at Vantage Printers, and has won various design awards for her creativity and research expertise. Her moderation was a delightful experience for all those present.

To complete the proceedings, President TiE Lahore, Humayun Mazhar, shared the future roadmap that the chapter had envisioned for itself, along with the concrete steps that would be taken to ensure TiE lived up to its name and purpose. The talk ended on a positive note with active participation from the audience. The evening concluded with a networking session.